Do you ever have moments where you are introduced to something going on in the world that you previously knew nothing about, and then are so consumed by it that you can't think of anything else?  I have been recently addicted to reading Reddit, and I came across a thread called "I am a Survivor of WWASP Schools Tranquility Bay and Cross Creek Academy".  I clicked on it because I was curious to know what a WWASP school is.  What I read completely disgusted, baffled, mind-boggled, and disturbed me.

WWASPS (or World Wide Association of Specialty Programs and Schools) is a global organization of 'schools' that are made to treat and provide therapy for troubled teens.  They are based in Utah and are heavily based off of a mixture of B.F. Skinner's Behavior Modification Therapy theories and the Mormon religion.  WWASP was founded by Robert Lichfield, a man with a business major with no credentials or experience working with children or education (who happens to donate thousands per year to the Republican party).  They have now blown up into a worldwide phenomenon that has been occurring since the 1970's.


WWASPS schools use professional looking websites, a religious and spiritual mantra, and recommendations from psychologists they pay off to encourage parents of 'troubled teens' to send their teenagers to special schools.  These schools are passed off as camps, boot camps, boarding schools, behavior modification programs, wilderness camps, therapy programs, and places to get a good education while fixing kids and making them good.  Kids are sent for any reason a parent might want to send them: because they're LGBT, experimenting with drugs, getting in trouble with the law, or even just arguing back or acting depressed.

Once a parent decides to send a child to a WWASPS program, the children are picked up in the middle of the night by a teen transport company or teen escort company.  They are restrained, told that they're going to be taken away from their parents and that their parents have approved this, and they're taken away by car or plane to a location within the United States or out of the country (such as Costa Rica or Mexico).

Once there, kids are not allowed contact with the outside world.  Any phone calls or letters from parents are heavily censored.  Teens in this program meet rigorous militant abuse, ranging from being forced to eat their own vomit, to standing in solitary confinement without moving for 48 hours without food or water, being raped, beaten, kicked, and emotionally abused.  Kids have to progress through a multi-step program aimed at making the perfect child, which can take years.  And parents are paying upwards from $20-60,000 per year for this treatment.  They don't know what goes on in these schools, because no one is talking about it.

Kids that come out are often scarred, traumatized, abused, and changed for life.  They are scared, distrustful, and come out with a lack of trust for their family who sent them away.  Rarely do they have any sort of accredited high school education.  This is child abuse.  It's also fraud.

What is being done?

Many efforts to combat WWASP have come and gone, because WWASP officials carefully control their image in the media and on the web.  They are known to edit Wikipedia entries to make them sound in their favor and use SEO techniques to dominate Google search results for "troubled teen".  They often close down claiming a lack of enrollment, then open up again using a different name.  Some of the biggest offenders such as Casa By The Sea and Tranquility Bay have been closed down.  There are still many many schools still up and running, such as Cross Creek, Carolina Springs, Midwest Academy, and dozens more.  And Teen Transport companies are all over your own state.

Some people on Reddit have started a sub-reddit called Troubled Teens to bring awareness to the issue.  They are going to be doing proactive things such as bringing the attention of Ellen or 48 Hours.  The original man who posted his report about surviving a WWASP school now has his mother answering questions about her regret for sending him.  Xandir is a young woman who was sent to WWASP for being gay

Several Facebook groups are available, such as Stop WWASP, a group for former 'programees' that features tons of horrible stories from the teens who lived through the abuse.  Not everyone had a horrible experience, but most everyone knows someone who did. Fornits.com is a survivor website with a fantastic forum and comprehensive wiki about the abuse that goes on in WWASP establishments.  Want to know where a WWASP school is in your state -- check here.  A book named Help at Any Cost helps to educate parents about the fraudulent and abusive troubled teens industry.  There is plenty of information out there, but this isn't widely known so it is buried under the lying filth that WWASP's affiliates publish to cover up the truth. 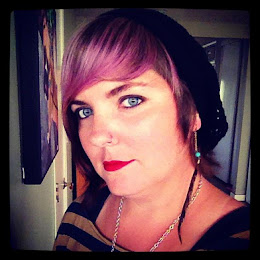 I make video games for a living, listen to indie hipster music, rant on the internet, watch a lot of bad reality TV, ride horses, blog a lot, live in San Diego, study feminism in my free time, love my three dogs and my fiance Luke, and sing karaoke as often as I can. This is my personal blog.